As a person who doesn’t really care for soup, it says a lot that this is just about the most delicious thing I’ve ever put in my mouth. The picture doesn’t say much, so you are going to have to take my word for it. 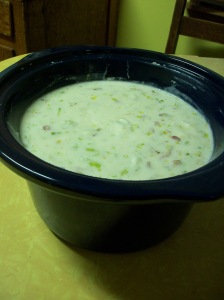 One thought on “Potato Bacon Soup”